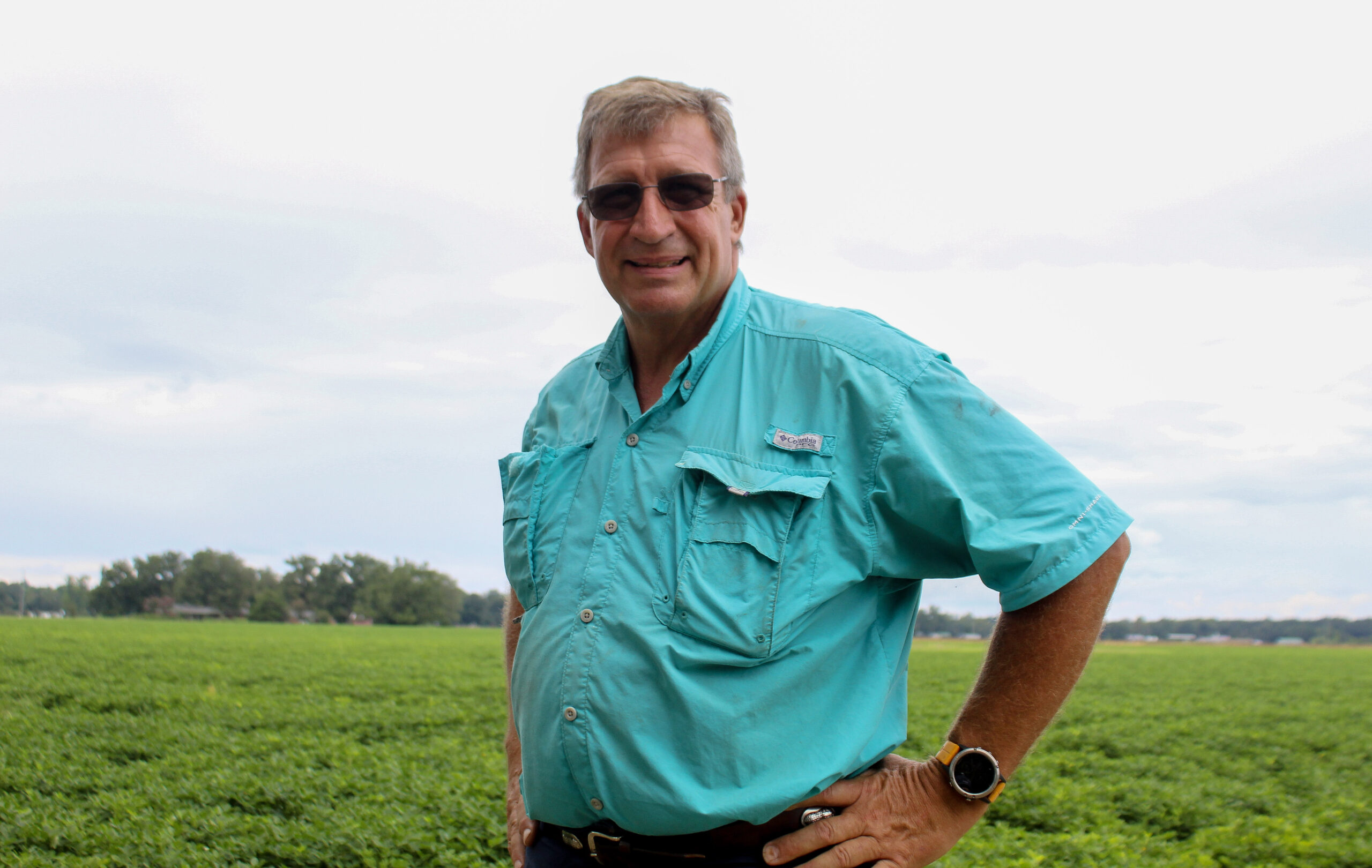 As Donald Chase roams his family farm in Oglethorpe, his constant companion is never far away.

His dog, Ginger, follows us around as we tour the farm on a four wheeler and we stop to take a look at this year’s peanut crop.

“We had some challenges early on with the heat and everything, but they did very well,” Chase said of the peanuts. “These should be mature about Sept. 22.”

Peanuts are just one of the crops grown here. As we talk, Chase keeps a close eye on the corn harvest flowing into the back of a tractor trailer. They also raise poultry here.

This farm has been in his family since the 1950s, when his father began working the land as a teenager. As Chase tells it, his dad – now 85 years old – was actually the one who began pushing the use of more technology.

“My dad had gone to a farm convention and he came back all excited, ‘oh we need to get this auto steer’ and I was like, ‘yeah, but how do we pay for that, daddy?’”

But he says he went along and plopped down $50,000 on two tractors that use GPS technology to steer themselves.

“I was wrong about not being able to pay for itself, okay,” said Chase. “It actually has a pretty quick return on investment.”

And he says now, technology touches almost every piece of what happens on this farm, from planting, to detailed soil monitoring to fertilizer treatments.

For Georgia farmers the cost of seed and fertilizer has gone up exponentially in recent years, while resources like water and labor have become more scarce. And that’s led many farmers to turn to technology to help get the most out of their land. 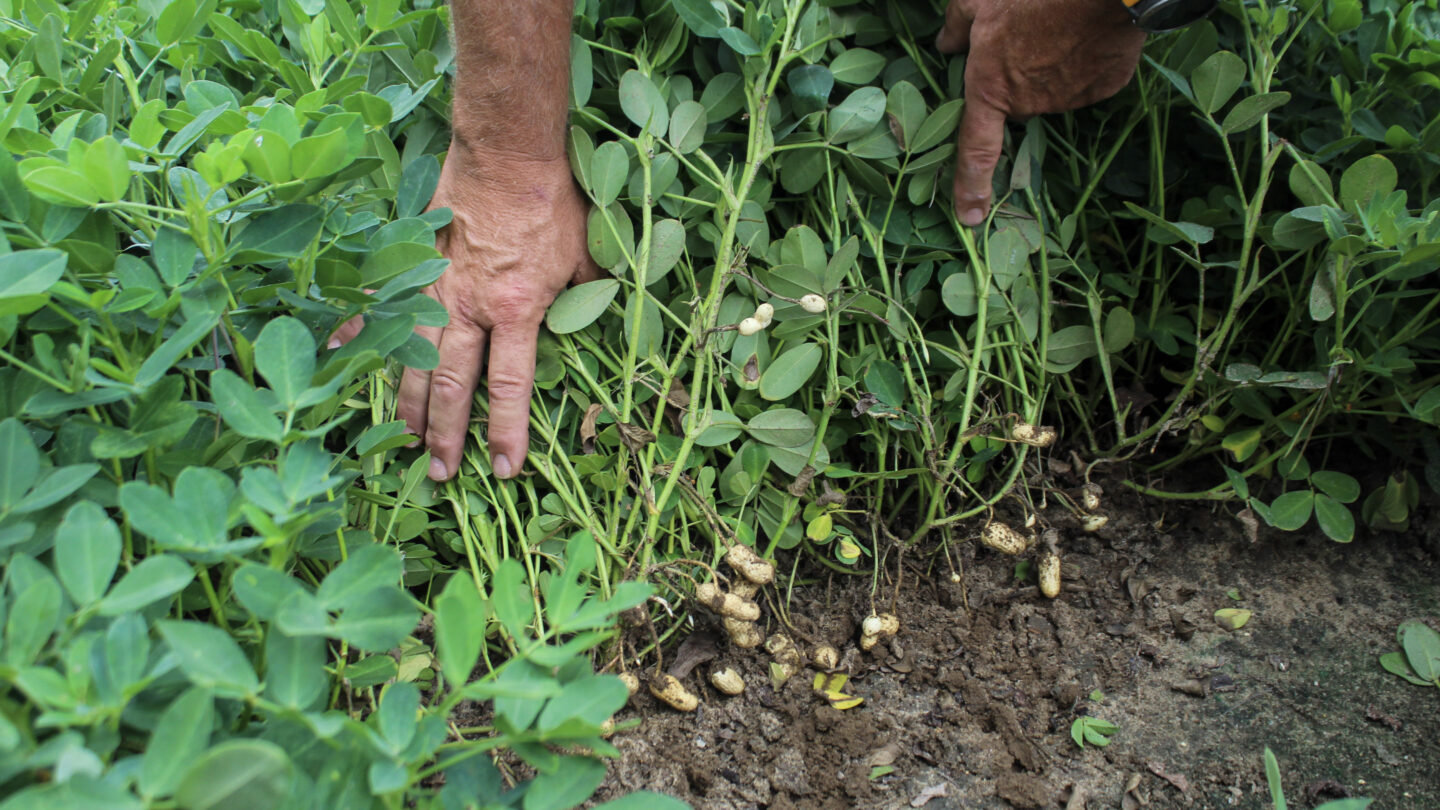 “Having yield monitors, we can look back and say ‘yeah, we didn’t do something right here’,” said Chase. “Unfortunately, that’s the way it usually happens. It would be nice to say ‘oh yeah, we, we hit a home run.’ Usually it’s finding the places that ‘hey, I need to do some more management there’.”

He says using technology has fundamentally changed the way things are done here.

“Those are the kind of technologies that I really like: something that I can save money, save a resource and actually increase yields,” said Chase. “That’s a win-win. You don’t get many of those.”

This kind of precision ag, as it’s known, is something Simer Virk has been studying since he came to the U.S. a decade ago from India, where he too came of age, working on farm.

“We did a lot of stuff [by] hand, you know, I used to tell the story of I hand-harvested wheat and cotton growing up,” said Virk.

Virk now works at the University of Georgia’s Tifton campus, teaching precision ag. That’s where he showed me around in his pickup truck. Virk says part of what he’s learned since being in Georgia is how different the soil can be – with red tops and sandy bottoms in the same field.

“Technology is what is helping us respond to that variability,” said Virk. “How are we going to apply different amounts of fertilizer seed or water in different places in the field?” 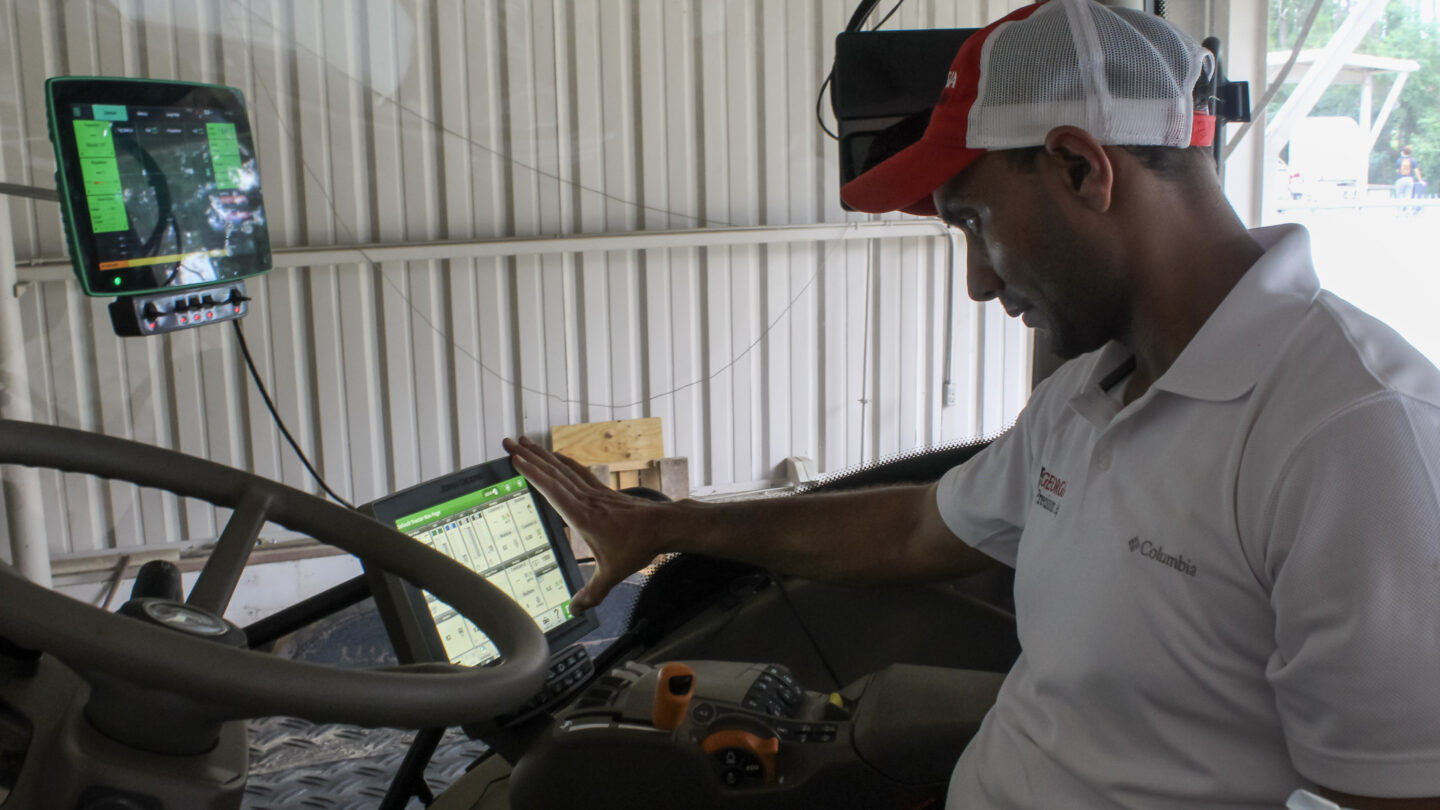 Simer Virk, who works at UGA’s Tifton campus, describes the modern technology on board a tractor. (Emil Moffatt/WABE)

As we climb up the steps of a tractor, he says it’s not uncommon these days to see a GPS receiver on the front and multiple display screens inside.

“Most of the time now, especially in machinery like this, it’s standard on it,” said Virk.

“One of the hindrances early on utilizing all this data that we’re collecting is that a grower may not have time in the season or even at the end of the season to move that data from the machinery into a computer or software where it’s gonna get analyzed and help him make decisions,” said Virk.

Chase says he often struggles with unreliable internet connections on his farm. But he says relief is on the way.

“I’m part of the electric co-op world and we’re gonna be running fiber,” said Chase. “It’ll take several years, but that I think will revolutionize things. It will make us much more able to communicate.”

“I’ve got a cell phone contract for that monitor, I’ve got one across the road, I’ve got one in another location and I had them in the corn fields as well, so there’s like six cell phone accounts. And I’ve got two for the chicken house,” said Chase. “You get the idea.”

Seth Crawford says the expansion of rural broadband – in the U.S. and abroad, can help farmers share data and best practices for growing. Crawford is senior vice president in charge of precision ag and digital with AGCO, a farm equipment manufacturing company based in Duluth, Ga.

“You really get to where every single plant in the world could be a test plot, but for us to be able to do that type of study, we have to have the connectivity that’s not out there today,” said Crawford.

Crawford says this agriculture’s growing reliance on tech has led to a significant investment by farm equipment manufacturers. 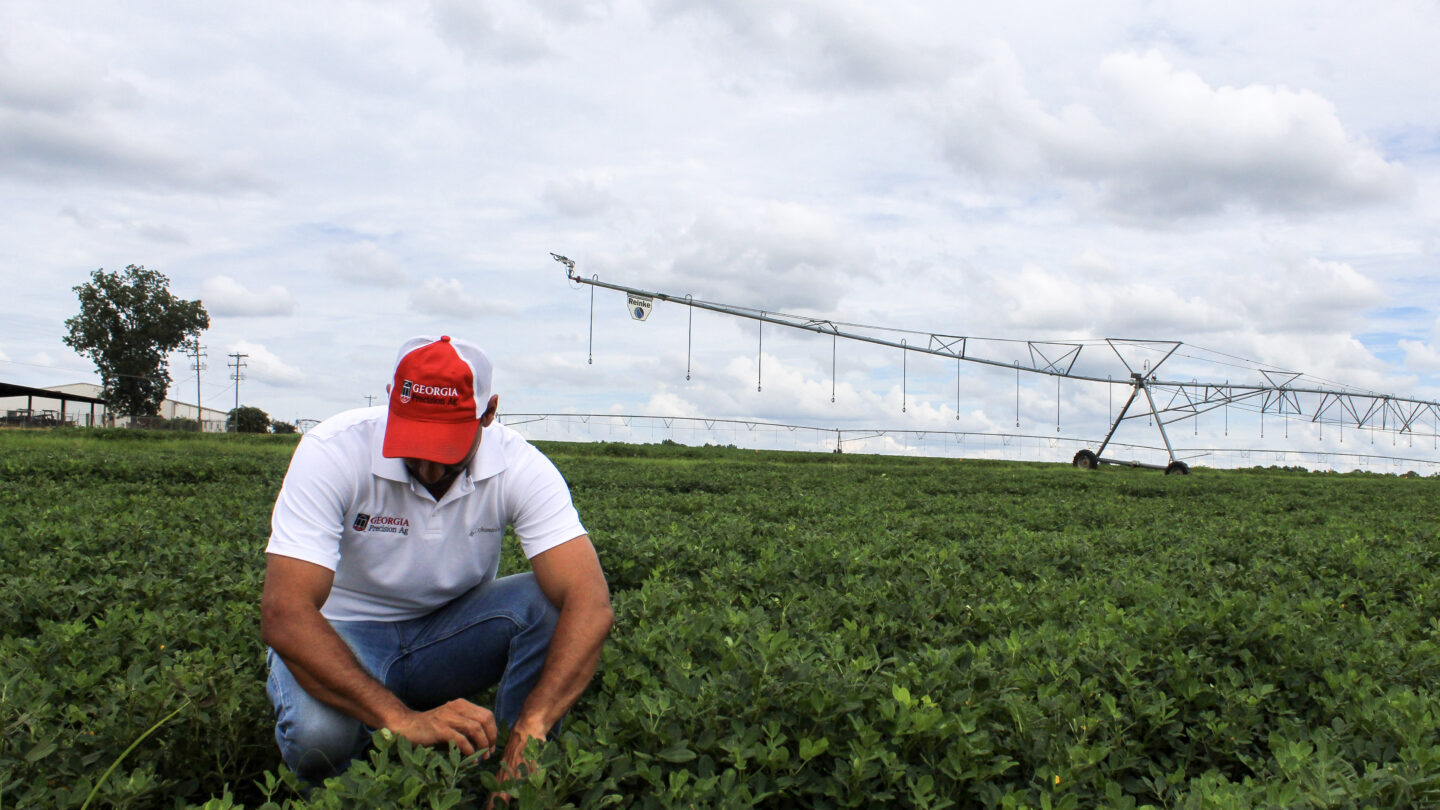 Simer Virk moved to the U.S. from India a decade ago to study agriculture. He now teaches precision ag at UGA’s Tifton campus. (Emil Moffatt/WABE)

“There’s the general belief that farmers will be slow to adopt, when, in fact, the reality is, they’re some of the fastest adopters,” he said.

Crawford says AGCO is pouring hours and hours into studying the hundreds of processes that take place on a farm each day and collecting data from its equipment.

“When that’s all done, then we can take the operator out of the cab and we can have our machines doing [work] autonomously across the field,” he said.

Back on the family farm, Chase says his three children don’t have much interest in following in his footsteps.

“As we educated them and try to give them opportunities to do whatever they choose to do, they think ‘well, I don’t know that I want to do that’,” Chase said.

And that’s why he believes making technology more commonplace in farming will make it more likely a younger generation will  want to be involved.

“If we don’t do something, I don’t know who’s gonna farm, I really don’t,” said Chase.

He says technology in agriculture was once a luxury, but now it’s essential.

“We’re all having to do more than one thing at a given time,” said Chase. “So the technology then becomes an absolute necessity.”