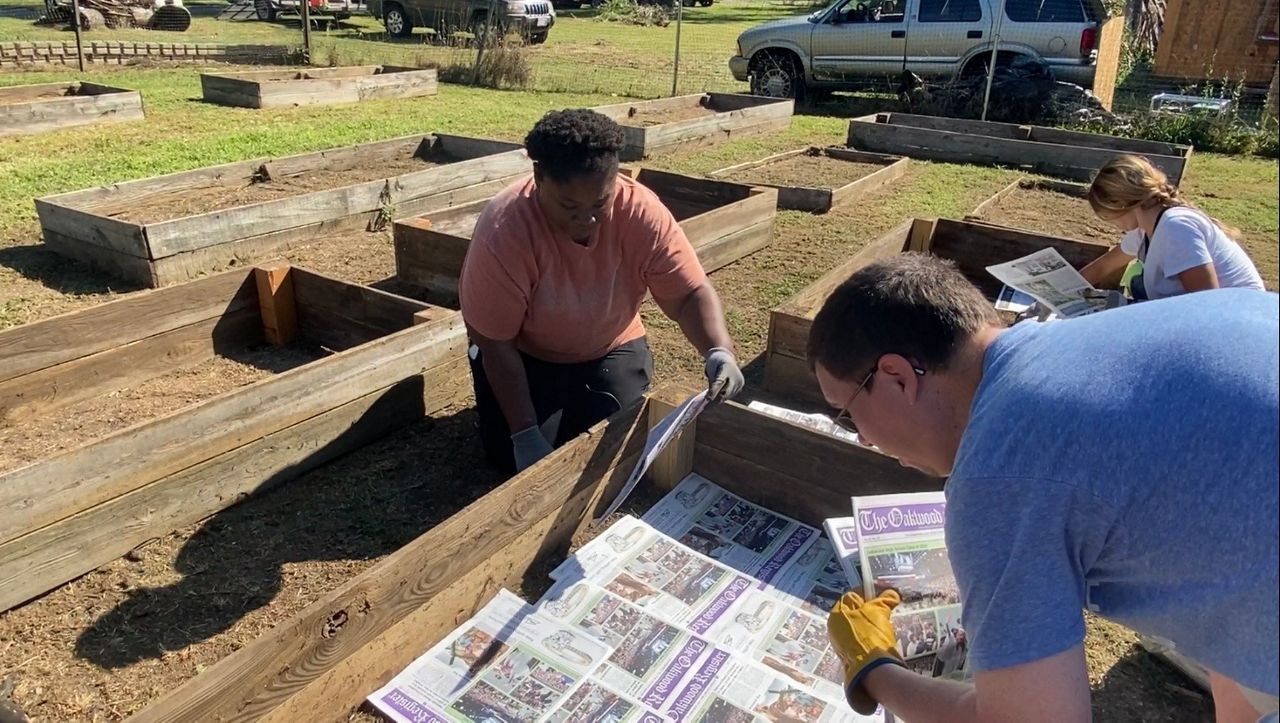 DAYTON, Ohio — On three acres of land, Anita Armstead hopes to build something she never would have imagined just years ago. With help from volunteers, her friends and family, and fellow Agraria fellows, she’s prepared a dozen raised beds, a rain barrel watering system and planting the seeds for something bigger.

What You Need To Know

She called the property on the west side of Dayton Eden’s Harvest, hoping to found a nonprofit focused on growing produce for those suffering from food insecurity. Though it’s still getting off the ground, Armstead credits Agraria’s Regenerative Farmer Fellowship for laying its foundation.

Born out of the Agraria Center for Regenerative Practice’s first Black Farming Conference, the program aims to give aspiring Black and indigenous farmers the resources and knowledge to build careers in agriculture.

Ariella Brown, who coordinates the conference, said it’s all about addressing current racial gaps in the field based on years of systemic barriers facing Black and indigenous people looking to break into agriculture.

“Underrepresented and Black farmers and communities have been removed from those resources and removed these rural communities but there is slowly becoming a resurgence of people wanting to go back to that,” she said.

According to the Bureau of Labor Statistics, the agriculture sector makes up more than 10% of U.S. jobs, yet more than 90% of U.S. farmers are white while 3% are Black. In Ohio, less than 1% of farms reported in the agricultural census are Black-owned.

Yet, despite current trends, Brown said Black and indigenous communities have always been heavily involved in food and crop production and the Black Farming Conference aims to reconnect those in the field and build a network of farmers who can help others break in.

“Really, a lot of the roots of agriculture come from underrepresented communities and so it needs to be highlighted and supported,” she said.

One of the largest barriers Black farmers face, according to Brown, is land ownership. In 1910, Black farmers owned more than 16 million acres of land, as of the most recent census, down to 4.7 million. 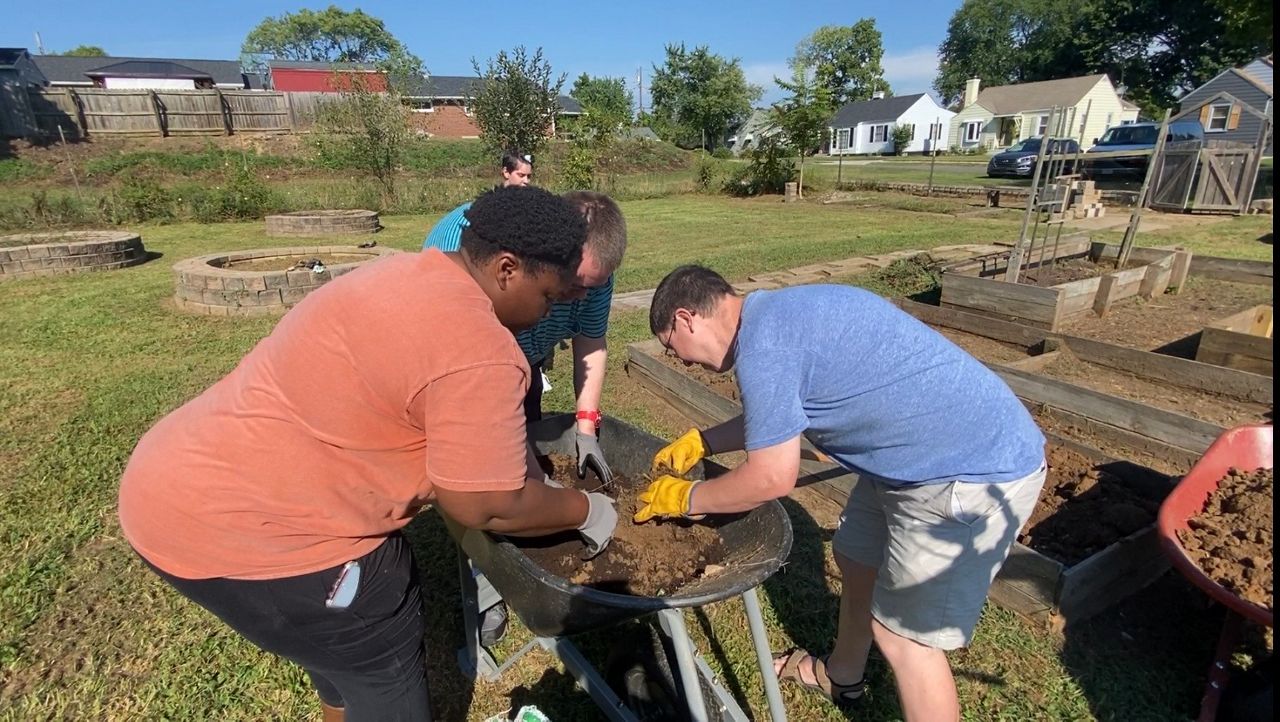 Though, Brown points to fellows like Armstead as proof farmers can start small.

“She is farming on three acres, and so she’s doing really great work here,” she said. “And so you don’t need a ton of land to actually be successful, but again it’s about access to resources.”

For Armstead, the transition to farmer started just before the pandemic. She had just attended a talk on food sovereignty, a philosophy which connects communities directly to the food their neighborhoods produce.

Armstead immediately thought of her own community.

“We’re in the northwest side of Dayton, which is an underserved community. Many struggle with food insecurity or live miles from a grocery store.” She said. “I did what I always do when I see a need, I prayed. I said ‘God, How can I help? You always provide for your people. How can I help?’”

A few weeks later, another nonprofit, Access to Excess, gifted her the garden, hoping to get it in the hands of someone who could get it producing again.

“This used to be a victory garden back during World War II,” Armstead said. “Then it was a community garden for a number of nonprofits for a while before it fell to me.” 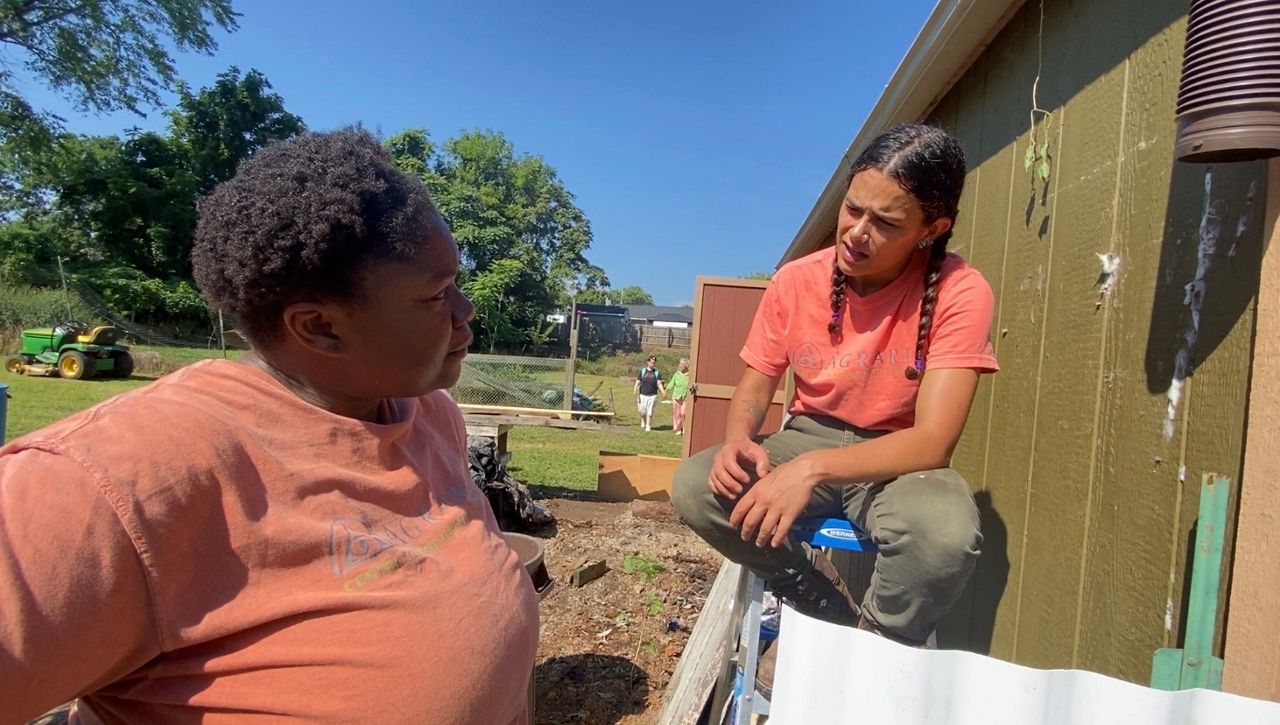 To ensure she could do the property justice, Armstead enrolled in Agraria’s Regenerative Farmer Fellowship, learning from teachers like Brown and the other fellows in the programs.

“We all bring such different skills and backgrounds,” she said. “It makes it seem like anybody can actually do it as long as you’re willing to put in the time and effort.”

Now as she works to complete the program, Armstead said she has high hopes for Eden’s Harvest, which should produce its first crops in late summer. She plans to send her harvest to groups like Access to Excess and Dayton Foodbank for distribution.